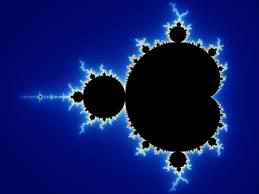 “As above so below, as below so above, as within so without, as without so within.” ~Hermetic Philosophy

The world that we experience is an illusion of reality, everything in our physical experience is a 100% reflection of who we are within, that is why there is no such thing as coincidence! A coincidence is a word used for what is not understood in our reality. This reflection can be seen from the individual level to the collective consciousness of the planet, our reality serves as a mirror of our true inner self, consequently in the Mayan language the word ‘In Lak’ech’ means ‘I am another you, and you are another me.’ Even at the microcosmic level we are all the same! We are no different from a stone, or a tree, or any living animal of this planet, the only difference between anything in reality is consciousness, we are all the same because at the subatomic level and beyond we are all made of the “Ethereal Substance,” another example of everything being ‘one.’

The verse above may also describe ‘Karma’ at the individual level, although karma exists through the micro and the macro, through the law of cause and effect. Good karma and bad karma are only examples of “Duality” based on our perceptions of good or bad, the word karma literally means ‘action,’ which for every action there is an equal reaction as stated in Newtons laws of motion.

“How people treat you is their karma, how you react is yours.” ~Dr. Wayne Dyer

The solid reality we experience are only figments of our imaginations, literally! The solid world around us is really emptiness, interconnectivity and oneness, the atoms in our entire universe even the most dense matter that appears to be solid is 99.999999999999% empty space, so how solid is our reality? Another example of infinity within our minds, as infinity without in our universe, the videos below are a summary of where we are up until now also with additional information of the illusion of reality, in the meantime,”Open your minds.”

“Step in between two mirrors, look to the left, look to the right and you will see infinity, but you are the center, the beginning and the end of the illusion of life”. ~PerceptiveTruth

“The world of reality has its limits, the world of imagination is boundless.” ~Rousseau