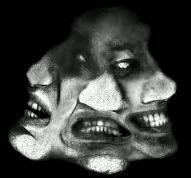 “Nothing is so difficult as not deceiving oneself.” ~Wittgenstein

The worst deception will always be self-deception and the ego is a form of self-identification of who you think you are. Deriving from our thoughts, it’s the most deceiving characteristic of our mind, the ego disguises itself as you, it will blind you and lie to you, and yet most will die for it! All of our emotional pain and suffering is a result of our ego, it is the greatest lie we have ever created for ourselves! The ego’s actions are based in fear, emptiness, selfishness and competition. It’s so clever that it has also figured out how to use love, good and selflessness for its own advantage.

Nowadays there is an increase in the spiritual and new age movement, which is a mistake like organized religion, and a result of group-think mentality (follow the herd). In this case, the ego has already manipulated and hijacked for its own advantage, the ego needs the separation of duality so it can identify itself for its own survival, rather than the singularity of love.

Most people are kept from sovereignty and salvation because the ego is attached to the illusion of separation. This illusion is seen by the opposites of duality, such as good and evil, positive and negative, Yin and Yang. Every time the ego (we) choose sides, which to the limited mind seems to empower one side, it indirectly strengthens both. One by your attraction the other by your repulsion.

Many think that by being selfless and good (from the egos perception) are actually really being selfish and bad. They are selfless and good for the egos sense of doing “good” while at the same time others can perceive it as doing “bad,” which adds fuel to the duality of the ego and indirectly stimulates the bad. This is how the road to perdition and suffering is paved with good intentions. For example, charity: giving charity to the poor makes the ego feel good while entertaining the poor in their misery a little longer. Instead, a person could help the poor by empowering them through knowledge and education.

“You cannot help men permanently by doing for them what they could and should do for themselves.” ~Abraham Lincoln

Many want to be told what they want to hear, rather than what they need to hear. Many want to hear what already corresponds with their ego, such as ego arousing quotes that I’ve seen in the internet, Facebook and Twitter.

Example: “There comes a time when you have to let go of all the pointless drama and the people who create it.” (Taken from an account on Twitter)

Notice that it says “The people who create it.” For the ego it’s always someone else, but never you! Quotes like this only serve to boost the false ego of the author by the attention it receives and suppress your liberation and evolution with the distraction of your own ego.

The ego is also reflected in the people in our everyday lives, but most people will attack others that remind them of themselves, their fears and self-hate. We don’t see others as they are, we see them as we are! By addiction, our egos crave chaos, drama and destruction to serve as a catalyst to have something or someone to blame. If we don’t have these things to blame we begin to see these defects in ourselves, that is why people don’t do good in solitude, their own ego begins to attack itself (you) and literally drives them into insanity. The truth is we can deal with catastrophe, disasters and destruction, and many will take an infinite amount of chaos over one moment of self-insight. Gandhi said “Be the change you want to see in the world.” But the fact is you’ll never fix or change what you’re not willing to confront. It takes more courage to conquer yourself than to stand up to anything external.

It will always be much easier to defend your ego than face and observe it in yourself. For Truth never needs your defense! If your truth needs defending then it’s not truth, it’s the fear of observing your own ego. To become free from the ego one must step outside oneself and observe one’s own thoughts and feelings. Only then you can realize that it’s not you who is thinking.

We are now in a time in history where we will choose to become independent or remain subservient.  To face your true self or allow this disease to grow and continue to fight a shadow. To evolve or to die. The choice is yours.

http://youtu.be/sQ0dcgd1XLg
Thanks to Pepe Aguilar for sharing this video with his fans a while back.