The Matrix of Consciousness 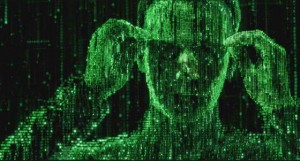 As mentioned in “Illusion and Reality,” ‘The world that we experience is an illusion of reality, everything in our physical experience is a 100% reflection of who we are within, that is why there is no such thing as coincidence!’ Also shown in the blog post “The Observer Effect,” matter acts in the presence of an observer, and in the video called “The Double Slit Experiment,”  it also states, ‘The observer collapsed the wave function simply by observing.’ I propose that reality is not so much the result of ‘an observer’ but the result of a global collective consciousness that makes life “real,” consequently our consciousness is intimately tied to our subconscious minds and collective unconscious of the planet. So then the question that arises is ‘what is real?’ The answer to that question is: reality itself is not real but it is the experience of reality through our CHOICES and freewill that makes it real. So the key word is EXPERIENCE. It is the experience that is real, not reality itself. Our past, present and future are witnesses to our experiences of life, not witnesses of reality. This is the case because reality only exists in the NOW, there is no other time but NOW. A paradox and example of what I intend to portray about reality is: If physical matter is not real then that implies that our physical brains are not real either and are not the location of our thoughts. So where does thought come from if not from the brain? Thought is a spiritual expression of consciousness, but only through EXPERIENCE of reality that we believe that brain is the location of thought and that thought and reality are merely electrical signals interpreted by our brains.

Our reality is a physical extension of the spiritual world. The laws that apply in the the spiritual realm must govern in the physical such as “Duality,” “Cause and Effect,” “Karma,” which are only philosophical tools for understanding our reality, just as in the quantum world as described in the blog posts “Ethereal Substance“, “Illusion and Reality“, “The Observer Effect” are scientific tools for understanding our reality, as stated by Charles Haanel;

“The whole world is on the eve of a new consciousness, a new power and a new realization of the resources within the self. The last century saw the most magnificent material progress in history. The present century will produce the greatest progress in mental and spiritual power.”

“Let us see what are the most powerful forces in Nature. In the mineral world everything is solid and fixed. In the animal and vegetable kingdom it is in a state of flux, forever changing, always being created and recreated. In the atmosphere we find heat, light and energy. Each realm becomes finer and more spiritual as we pass from the visible to the invisible, from the coarse to the fine, from the low potentiality to high potentiality. When we reach the invisible we find energy in its purest and most volatile state.”

“And as the most powerful forces of Nature are the invisible forces, so we find that the most powerful forces of man are his invisible forces, his spiritual forces, and the only way in which the spiritual force can manifest is through the process of thinking. Thinking is the only activity which the spirit possesses, and thought is the only product of thinking.” 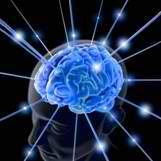 With that being said, I urge the reader to “Awaken” to the truth of the spiritual power we all have within. The reality that we experience is malleable with intent and subconsciously of our own creation, but not consciously ours. It is actually a creation a shadow society that has manipulated humanity for the purpose of their own conscious creation, by the use and manipulation of the collective unconscious of the planet. The current reality that humanity experiences is only a prison for our minds. Humanity is unconsciously giving away our very own life force, literally like batteries in which we use up our own life energy and recharge  while we sleep.
As Rene Descartes said.

“It is not enough to have a good mind. The main thing is to use it well.”