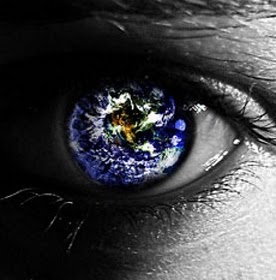 “When you change the way you look at things, the things you look at change.” ~Dr. Wayne Dyer

As we near the Apocalypse towards the end of 2012, I have noticed that a lot of people falsely view the meaning of ‘Apocalypse’ to mean destruction, disaster, a world wide cataclysm related to negative a prophecy, and the dualistic view of where the forces of “good” triumph over the forces of “evil.” This dualistic concept is also know as ‘Armageddon,’ the battle between good and evil. As good and evil is also described in the blog post “Duality“, the fact is we are a creating living prophecy and we can influence reality to a negative outcome or a positive one. The choice is collectively ours, which is why I believe it is important to understand the universal law of polarity or “Duality.” The word ‘Apocalypse’ is derived from the the Greek word ‘Apokalypsis’ which means “lifting of the veil” or “Revelation.” You can learn more about that in the video “Lifting the Veil.” Even in the bible, in the book of Revelation, the word “Revelation” itself means to reveal or disclose. The truth has been hidden from humanity and we live in a world that is dominated by fear, competition, deceit and misconception, and by living in the state of fear we will not evolve.

“In a time of universal deceit, telling the truth is a revolutionary act.” ~George Orwell

The Mayans have said that our planet has been through the four elements of water, earth, fire, and wind. The final element is ‘ether’ and the Mayans have also named this ‘The age of the fifth sun’ as I described what ether is in the “Ethereal Substance.” When the Mayans referred to ether, I believe that they were talking about the high vibrational photons of light that are coming from the galactic center of our galaxy, as described in the final paragraph of “Vibration II.” I presume that the science behind the age of the fifth sun is quantum physics. Quantum physics has shown us that we create our reality simply by observing.  We can all agree that what we can see at a particular time and place are the same static things, like a person, house, tree cat, etc. Additionally, we will all agree to the color, shape or description of an object that we see, which constitutes the truth! However, it is a collective truth through the collective unconscious mind. This is another example of all minds being linked and all minds being one! The video below will describe how our observation of reality makes it so.

“When an inner situation is not made conscious, it appears outside as fate.” ~Carl Gustav Jung

Anyone that has never seen a particular person, place or thing already knows everything about that person, place or thing through the individual’s collective unconscious mind. For example none of the readers of this blog post have ever been to my home, yet everyone already unconsciously knows everything about my home through your individual unconscious mind. If anyone would come to my home, that person’s conscious mind, through observation or five senses, will confirm our collective unconscious mind! Thus creating a collective reality. In short, what I am saying is that as a species we can collectively change and create a new reality. People just need to awaken to the power they have within. They are not aware of this power that they possess and that we actually use this power on a daily basis during every second of our lives. As previously stated in the post “Illusion and Reality,”  this reflection can be seen from the individual level to the collective consciousness of the planet, our reality serves as a mirror of our true inner self.

It is difficult for us to recognize a truth when we have lived our entire lives in this present state of deceit. For example, If you are poor but don’t know that you are poor, are you poor?

“Three things cannot be long hidden, the sun, the moon, and the truth.” ~Buddha

“As above so below, as below so above, as within so without, as without so within.” ~Hermetic Philosophy