The Story of Our Enslavement 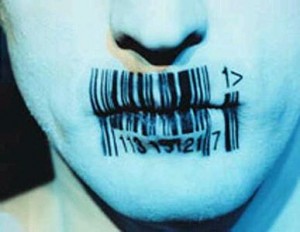 “Rhetoric is the art of ruling the minds of men.” ~Plato

Capitis deminutio maxima is a term that was used in ancient Rome in trials. It means the maximum loss of status, liberty, citizenship, human rights, and family, which translates to being made a slave or a prisoner of war. Capitis deminutio maxima is characterized by your name being spelled in all capitals, as you can see in your own income tax forms, drivers license, court summons, credit cards, mortgage loans, vehicle registration, parking tickets, driving violation citations, social security, birth certificates, etc.

According to Black’s Law Dictionary, the full capitalization of the letters of one’s natural name, results in diminishing or complete loss of legal or citizenship status, wherein one actually becomes a slave or an item of inventory. The method, by which the State causes a natural person to ‘volunteer’ into slavery, and bondage, by forming legal joinder, is implied or stated to the fictitious entity. Everything began when our parents were tricked into signing our birth certificates. Since then each of us has been held as collateral to secure the debt that can never be repaid and which is owed by our government to the international banksters, as shown in the video of ‘The Truth About Money.’ Consequently, our birth certificates and social security numbers are used for inventory control purposes. Many are blind to the reality that we don’t even own our own lives. We are a human resource, and human livestock. It’s another form of animal husbandry, which is the agricultural practice of breeding and raising livestock. This is why the queen has a consort and not a husband. This type of animal husbandry is the act of humans owning other human beings, which clearly defines slavery. Can you see the nature of the cage that we were born into? Open your mind.

“Like everyone else you were born into bondage, born into a prison that you cannot smell, taste, or touch. A prison for your mind.” ~Morpheus