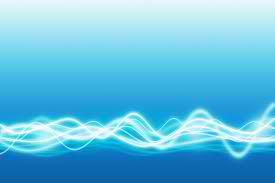 We’ve all heard the term of sending good vibes, and also bad vibes. These are also dualistic forms of vibration as explained in “Duality.” These vibes (short for vibrations) are transmitted by way of the electromagnetic field generated by our hearts and solar plexus as described in “The Heart.” They are sent anywhere in the world by way of geomagnetism (Earth’s electromagnetic field) which is generated by planet Earth and also received by the subatomic substance described in the “Ethereal Substance.” Vibration is one of the secrets behind true prayer. Prayer is not done merely with the mouth or by thinking about something or by plainly asking for “things” but it must be felt with our hearts and directed with our minds. Through the law of vibration is how circumstances and events come into fruition. I believe vibration from the pulse of our hearts is the reason why people hug, as well as, why an infant will actually stop crying when held close to the heart, especially when held by the infant’s mother. A hug is the unconscious feeling of being in tune with another, which many interpret this as “love.” It is a way the hearts can actually feel the rhythmic vibrations and be in harmony with each other by coming physically closer with another by a simple hug. Just like a magnet, the further the magnet is from another, the weaker the influence of the magnetic field. The closer the magnet, the stronger its influence. I believe that with the Earth’s magnetic field, the vibrational information of good or bad vibes are carried and sent throughout the world, describing true prayer.

“The best friend is the man who in wishing me well wishes it for my sake.” ~Aristotle (Greek Philosopher)

In large events or gatherings of people (such as concerts, sporting events etc.), these vibes and emotions can be consciously felt by those in tune with themselves, with others, with nature and our planet. They can feel the vibes of others especially when amplified in mass by a large group of people. In sporting events, this is what plays a major role in the outcome of a game, or home field advantage. We are all excellent creators of our reality, our world is proof of it!

People unconsciously focus more on negative vibrational energy and negative events that are seen on the news. The focus is on how they have been wronged or how they are victims of others, of this world and society. They don’t realize that this is also prayer and with it they create or recreate their future events without their awareness of it. Life is about inclusion not about exclusion. Consequently, when unfavorable people, circumstances and events come into existence they wonder why it happened? Some will even react to those situations by saying, “I knew it!” Well, no duh! The negative reaction will again put the same amount of emotional vibes and energy into the new event that was just experienced and consequently recreate the experience in a future event. It continues the vicious cycle of repetition, which is another example of the addiction to our reality.

“To be wronged is nothing unless you continue to remember it.” ~Confucius (Chinese Philosopher)

“We are more often frightened than hurt, and we suffer more from imagination than from reality.” ~Seneca (Roman Stoic Philosopher)

The ego plays a major role of the type of behavior described in the above quotes and also in “The Ego.” Many simply use their imagination of an event that has never happened or think about a negative event that has happened and relive it over and over again. They put the same amount of negative vibrational energy and emotional vibes into that thought, such as anger, fear, or hatred, without the actual event even existing in present reality. Again, what is formed is that same addictive and vicious pattern of repetition. Many are trapped and are not even aware of it.

“The definition of insanity is doing the same thing over and over and expecting different results.” ~Albert Einstein (German Theoretical Physicist)

Transcending negative vibrations is learning to allow those experiences to move through you, rather than being attached to you. You release, you forgive and you accept what is and what currently exists. It is as simple as a choice. If you don’t know how to make this kind of choice, you have not found the world within! Negative experiences will constantly repeat for as long as they remain useful to you. The use you get from this negative vibrational energy is the negative experience within itself. Once you release with the power of choice or freewill, you break the vicious cycle. You  will no longer have any use for the negative energy and ceases from having any catalytic value.

“The weak can never forgive, forgiveness is the attribute of the strong.” ~Gandhi (pre-eminent political and ideological leader)

Everything in our universe has a frequency of vibration. Vibration is the illusion of the solidity of our physical reality. Everything whether it be made of a solid, liquid or gas is made up of the same “Ethereal Substance.” For example, water, a stone, a tree, or a person, all appear to be still or solid, but in actuality everything is vibrating at a subatomic level regardless of its physical state of solid, liquid or gas. These forms of energy are in a constant flux of vibration from the subatomic level to the molecular level, also as explained in the “Ethereal Substance.” The difference between matter and spirit, is that matter is of a lower frequency vibration than spirit. A good example is the transformation of a matter such as ice. When increasing the vibratory rates of ice molecules (which appear solid) by applying the increase in frequency vibrations such as heat, ice changes its form into that of water (liquid). If you increase the temperature of water, it will turn into steam, then into gas such as oxygen. If you go even further, it will return to the subatomic ethereal substance. All matter can be affected by higher states of frequency vibrations such as light, temperature, sound and magnetism which are not all perceivable to our five senses. For example forms of high frequency light such as, ultraviolet light, X ray and gamma ray, are not perceivable by sight due to being at a higher frequency of light. That degree of frequency is higher than that of the color spectrum of light that is visible with our eyes, and as seen by the colors of a rainbow.

To be continued….  in the meantime, open your minds and your hearts.

“Are you the thinker? Or are you simply the receiver of thought?”