“A person who won’t read has no advantage over one who cannot read.” ~Mark Twain(American Author)

The purpose of these blogs is to give the reader only pieces of a puzzle in which they are all interconnected and to reveal one piece at a time of the big picture of what we call reality. It is up to the reader to question and to put the pieces of the puzzle together for themselves through this riddle of life itself. It’s like a painting a vision in detail, as in every piece of art it’s the attention to detail that gives the art its quality. If you cannot appreciate the detail you will never appreciate the masterpiece that is also called life. It is my attempt to present to those who consistently and truly read this blog, a better understanding of our universe, our world and our reality. That can lead to a better understanding of ourselves as a species and as individuals, as well as, provide a clearer picture as to why things happened in the past, why they exist in the present and where we are going as a collective. I hope that I can influence a change and send a wake-up call to those who continue to sleep. I understand that our reality is only a reflection of our collective consciousness, while many prefer to sleep while our collective reality seems to be falling apart around us more and more. Only together as a collective consciousness, can we steer our reality to better tomorrow. Understanding the laws of our universe will inevitably lead us to make a better conscious and unconscious decisions in our lives. As mentioned in “The Heart,” in the paragraph “creation from the solar plexus”, ‘It is in the human capacity to think and feel emotion that makes him/her a creator rather than just another creature of earth.’ If you cannot think critically, constructively or for yourself, then you are merely just another creature that is waiting for others to do what you know you must! Whether based on fear or plain mental laziness, which is denying your true nature of being conscious creators, I say that because in the same way that birds were born to fly, and fish were born to swim, ect., our true nature is that humans were born to think!

As mentioned in the first blog “Introduction” ‘Something can’t be had for nothing’ it defies the laws of nature to have something out of nothing, and as said by the Genevan Philosopher, Jean-Jacques Rousseau “Nature never deceives us, it is we who deceive ourselves.” The problem is that a lot of people want answers to their problems without any mental work or interest on their behalves. It is the futile attempt to deceive ourselves, the brain is like any other part of the body, if you don’t use it, you lose it! Unfortunately, many prefer the useless mind stimulation and distraction of  television programming such as “Dancing with the Stars,” “the Jerry Springer Show,” “American Idol” and a variety of game shows. Fittingly so, Wallace D. Wattles said, “as a collective whole we must learn to live for the body, mind and soul, none of these are greater or better than another, neither one of the three can express fully if one of them is deprived from expression. It’s not right to live for the intellect and deny the body or soul and it’s also wrong to live only for the soul and deprive mind or body, we’ve all seen the consequences of living for the body and denying the mind and soul (as seen in society and described above) and to live a full life means the complete expression and balance of all three.” As expressed by the shape of a triangle which signifies symmetry, harmony and equality.

“Two things are infinite, the universe and human stupidity and I’m not sure about the universe.” ~Albert Einstein (German theoretical physicist) 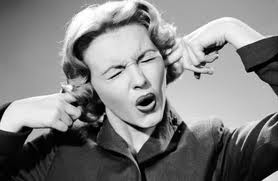 “None but ourselves can free our minds.” ~Bob Marley (Jamaican singer, songwriter and musician)

Profound changes are coming to humanity, society and our planet, regarding present state of existence of competition, conflict, deceit and greed, which if you observe closely describes “The Ego.” The present state will become obsolete, as well as, the crab mentality in which when one crab tries to escape from a bucket and another crab will pull it down and prevent it from escaping thus ensuring that not one escapes. This is similar to human behavior, also as stated by Charles Darwin, in his theory of evolution and natural selection, “In the struggle for survival, the fittest win out at the expense of their rivals because they succeed in adapting themselves best to their environment.” This is true for yesterday’s way of existence of competition, the only difference now is that there is no exterior rival to compete with for survival. In a sense Charles Darwin’s theory of evolution is still in effect, but we are not in direct competition with each other. The idea of being in direct competition with each other is useless and futile and will inevitably lead to our demise. It is better to understand that we are in direct competition with the laws of nature and ourselves. I believe that our evolution as a species will depend on those that possess compassion, wisdom and courage, and are mentally, psychologically, physically and emotionally strong. In short, body, mind and soul as stated above. Those who do not change with the changing times will get left behind.

“We must take change by the hand or rest assuredly change will take us by the throat.” ~Winston Churchill(British Prime Minister)

We are seeing the evolution of our species right before our eyes, these changes are what is leading to that infamous date of December 21st 2012, which I will later discuss in a future blog. We live in a planet that is governed and dominated by the thought and emotion of fear. There are only two basic human emotions: fear and love. These thoughts and emotions are translated by our hearts, brains and solar plexus as electromagnetic vibrations, as described in “The Heart” and “Vibration.” As said before in “Ethereal Substance” the subatomic receives as information and creates our reality, all other emotional vibrations are derived from fear or love. Te vibration of love is a very high rapid and compact frequency, while fear is a very low and slow, erratic frequency vibration. We directly affect our own DNA through the vibrations of fear or love, which will also determine our evolution as a species.

“A new consciousness is developing which sees the earth as a single organism and recognizes that an organism at war with itself is doomed.” ~Carl Sagan (Astronomer, Astrophysicist, Cosmologist)

When I say love, I’m not talking about the unenlightened, blind and sentimental version of love which is often dualistic, but the enlightened version of true understanding, empathy, compassion and wisdom. The unenlightened version of love is no different than fear and also causes a distraction to our impending evolution. Uenlightened love will never liberate you but only imprison you to distorted ideas of love. As many well intentioned people falsely think that to find solutions to your problems all you have to do is love, which to the unenlightened mind is as a dangerous proposition and will lead many astray. This is a perfect example of the blind leading the blind! Living life in the false truth of distractions of sentimental drama, television programming, religion, governments, economy, politics, wars, and terrorism will not allow us to evolve collectively into more complex beings, which is a crisis in consciousness and lack of awareness of our true nature. Consequently in Chinese, danger plus opportunity equals crisis, understanding the difference in love will develop strength in character. The sense of weakness and powerlessness can only come from not understanding what love is, which will only result in not accepting and fighting our present conditions also known as reality. Our minds create negative conditions just as easy as favorable conditions. When we consciously or unconsciously visualize any kind of lack, limitations, or discord, we create or recreate these paradoxical conditions of lack from the infinite source as described in the first paragraph of the “Ethereal Substance.” The statement that much gathers more is true on every plane of existence and equally true is that every loss leads to greater loss, all gain is the result of an accumulative consciousness and all loss is the result of scattering of consciousness.

“Progress, far from consisting in change depends on retentiveness, when change is absolute there remains no being to improve and no direction is set for possible improvement and when experience is not retained, as among savages, infancy is perpetual, those who cannot remember the past are condemned to repeat it.” ~George Santayana (Philosopher, poet and novelist)