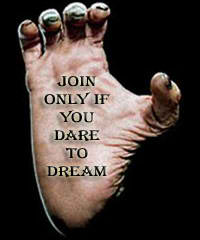 The hundredth monkey effect is a phenomenon and a paradigm shift in consciousness of a particular species of primate known as the Japanese macaque (Japanese snow monkey) shown in the picture below. 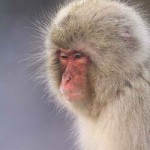 In 1981 author Ken Keyes wrote a book called “The Hundredth Monkey Effect,” which illustrates the events that took place for the shift in consciousness of that particular species. Here’s an excerpt from the book:

“The Japanese monkey, Macaca fuscata, had been observed in the wild for a period of over 30 years. In 1952, on the island of Koshima, scientists were providing monkeys with sweet potatoes dropped in the sand. The monkeys liked the taste of the raw sweet potatoes, but they found the dirt unpleasant. An 18-month-old female named ‘Imo’ found she could solve the problem by washing the potatoes in a nearby stream. She taught this trick to her mother. Her playmates also learned this new way and they taught their mothers too. This cultural innovation was gradually picked up by various monkeys before the eyes of the scientists. Between 1952 and 1958 all the young monkeys learned to wash the sandy sweet potatoes to make them more palatable. Only the adults who imitated their children learned this social improvement. Other adults kept eating the dirty sweet potatoes. Then something startling took place. In the autumn of 1958, a certain number of Koshima monkeys were washing sweet potatoes, however, the exact number is not known.”

“By that evening almost everyone in the tribe was washing sweet potatoes before eating them. The added energy of this hundredth monkey somehow created an ideological breakthrough! But notice. Amost surprising thing observed by these scientists was that the habit of washing sweet potatoes then jumped over the sea. Colonies of monkeys on other islands and the mainland troop of monkeys at Takasakiyama began washing their sweet potatoes. Thus, when a certain critical number achieves an awareness, this new awareness may be communicated from mind to mind.”

“Although the exact number may vary, this Hundredth Monkey Phenomenon means that when only a limited number of people know of a new way, it may remain the conscious property of these people. But there is a point at which if only one more person tunes-in to a new awareness, a field is strengthened so that this awareness is picked up by almost everyone.”

“As natural selection works solely by and for the good each being, all corporeal and mental endowments will tend to progress toward perfection.” ~Charles Darwin

Many have attempted to discredit the hundredth monkey effect due to their lack of understanding of the basics of quantum mechanics, parapsychology and morphogenesis which translates to ‘Beginning of shape.’ Quantum mechanics can also help understand parts of parapsychology, which covers telepathy, precognition, psychokinesis, clairvoyance, extrasensory perception (ESP), near death experiences and yes reincarnation which is closely tied to “Karma” do not mistaken the hundredth monkey effect to be part of the new age movement which is a mistake and is being manipulated like organized religion.

“Religion is regarded by the common people as true, by the wise as false, and by the rulers as useful.” ~Seneca

As mentioned in the second paragraph of “Wake Up II,” the conscious mind is creative as it is the world of our five senses, perception, awareness and wakefulness. The subconscious has no identity it only records behaviors and external influences and experiences from our environment. The patterns of belief that we have programmed in our subconscious minds came primarily from our parents, teachers, aunts, uncles, grandparents, environment, etc. That is why when we consciously or unconsciously fear or love we inherently condemn our future generations to our patterns through our children and the collective unconscious. The hundredth monkey effect is a very small example of how our collective unconscious in a species of sentient beings creates our collective reality. That can be a nightmare to those who want to wake up, because it seems that the greatest epidemic of human consciousness known to man has already infected our entire species and is why we are kept in this current state of reality that our world is in today. It has been like this our whole lives due to the majority choosing ignorantly, consciously or unconsciously the present condition of reality we are currently in. Through the distractions of war, violence, useless television programming, scheduled holidays, religion, politics, money, occupy this, or occupy that, when the people that intend to occupy physical locations should occupy themselves, occupy their own minds, majority refuse to wake up and seem confused like orphan at a father and son picnic. They beg to be governed and demand to play their roles of subservients rather than sovereignty due to their participation in the artificial game of what they think life is about, and an endless list of artificial distractions that are not necessary for our survival as a species here on earth but possibly necessary for our evolution as a species.

The hundredth monkey effect shows us how we are shifting into humanities impending awakening to a new reality, it shows us that we are experiencing human evolution right before our eyes. This shift is the awakening of humanities mind and heart, which are in tune with everyone, and the electromagnetic field of “The Heart” and planet Earth. Consequently in 1960 Maharishi Mahesh Yogi, introduced Transcendental Meditation in which he predicted that if one percent of a population practiced Transcendental Meditation the quality of life would improve and it did, by sixteen percent, it has been said that people practicing Transcendental Meditation in larger groups has actually lowered terrorism by seventy two percent. Again just a small example of the power human consciousness.

“Behold, I tell you a mystery. We will not all sleep, but we will all be changed in an instant, in the blink of an eye, at the last trumpet.” ~Corinthians 15:51

It’s my belief that the information of a new reality is transferred from mind to mind through the “Ethereal Substance” amongst species. When a new way thinking, when a new way of seeing our world amongst humans changes, when the right amount of people come to the realization, the apocalypse, “Lifting the Veil” of life, suddenly everyone will be aware of the new reality. It will be humanity’s shift in the collective unconscious thus describing humanity’s one hundredth monkey effect. Consequently the new way of thinking will become an innate ability of the mind, thus describing the origination of instinct and evolution, the missing link between species of man from the neanderthal to modern homosapien is not and will never be found in bones or fossils. The missing link is found in the minds of the living man and woman, whether it be an evolution through our freewill and choices we make in life and or with a combination of light, gamma ray radiation from the black hole at the center of our galaxy as described in “Vibration II.” Like the Japanese macaques those who refuse to accept this paradigm shift in consciousness and impending awakening will continue to eat their dirty sweet potatoes. OPEN YOUR MINDS! 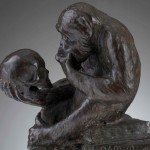 “I seek my own enlightenment for the sake of all beings.” ~Bodhisattva Vow