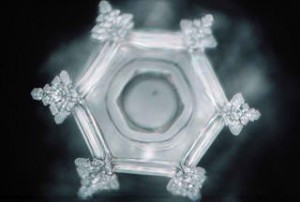 Water is the physical example of the “Ethereal Substance,” also known as the unified field, universal intelligence, the universal mind, or in short, simply known as God. We are within the unified field as a fish is within water, and yet at the same time we are the unified field. Like water, the unified field is the source of all life, and just as we create an electromagnetic field with “The Heart,” which is how we communicate with the universal mind, “Ethereal Substance” is again simply known as God. Consequently, when we are in a state of fear or any other emotion that comes from fear, the electromagnetic field that surrounds our body becomes weak and erratic. However, when we are in a state of love or any other emotion that comes from love, like happiness and bliss, the electromagnetic field expands and surrounds our body. This is true communication with the universal mind also known as prayer. Therefore, love is the connection to God and fear is the disconnection from God. Consequently, water behaves in physical form like the unified field. When water receives the emotional vibrations of love from the heart with a directed mind and is then cryogenically frozen, the molecules of water are frozen in a geometric pattern that is seen throughout nature as seen for example in a snowflake. Water has consciousness because it records vibrations from its environment. Since the universal mind has consciousness and records through “The Unconscious Mind,” water does not respond to words but to the meaning of the emotions we give to the words. The unified field does the same. By understanding this concept, holy water begins to take another point of perception that is not explained by religion. Interestingly enough, a synonym for ‘Holy’ is ‘Ethereal.’ True prayer and healing vibrations can be sent anywhere in the universe throughout space and time due to everything being connected as one unified field.

“The illusion that we are separate from one another is an optical delusion of our consciousness.” ~Albert Einstein

“A wise man adapts himself to circumstances as water shapes itself to the vessel that contains it.” ~Chinese Proverb

This blog post is in dedication to Flor Sylvestre, mother of Pepe Aguilar.