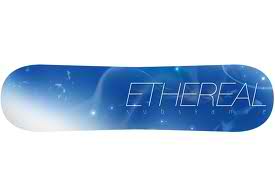 “All matter originates and exists only by virtue of a force which brings the particle of an atom to vibration and holds this most minute solar system of the atom together, we must assume behind this force the existence of a conscious and intelligent mind, this mind is the matrix of all matter.” ~Max Planck (The Father of Quantum Theory)

We exist in an infinite and fathomless ocean of elastic mind substance, with every breath we take we literally breath in life from the (ethereal) atomic substance. This substance permeates our entire infinite universe and is the connecting link between matter and spirit, it’s abundant and inexhaustible because it’s also infinite within itself. So the result of any lack or limitation is only a figment of our imaginations, which in turn we have collectively created here on Earth as the paradoxical illusion of lack from the infinite source. As lack within in itself is a distorted version of truth.

“There are no secrets, just truths and powerful laws of creation that remain hidden from our awareness until we are ready to hear them.” ~Marc Allen (spiritual teacher and entrepreneur)

“If quantum mechanics hasn’t profoundly shocked you, you haven’t understood it yet.” ~Neils Bohr (Danish Noble Prize recipient in physics)

This intelligent substance from which all things are created and recreated is extremely malleable and responsive with intent. It responds at the speed of thought which is faster than the speed of light, but for it to respond we must form a circuit like electricity of positive and negative. To receive this positive power we must plug into the source of all power, as we already are the grounded negative source of power. This should not to be confused with good or bad. Without connection to the source, we are not conscious creators but merely creatures no different from the other animals of earth. As said in the previous blog “The Heart,” ‘thought is mind in motion. However, without the heart (emotion), the mind cannot form a circuit for the purpose of creation. Just as love and emotion is an affair of the heart, understanding is an affair of the mind and both are useless without each other.

In duality there is a frequency or degree of vibration between both polarities, the highest form of vibration is spirit and the lowest form of vibration is matter (physical reality). Science has proven that all that we call matter and energy are only modes of vibratory motion. Science has also taught that heat, light, electricity an magnetism are only forms of frequency vibrations emanating from ethereal substance (ethereal meaning; delicate or refined, celestial, divine, heavenly, ect …) this (ethereal) atomic substance is not matter. It is a void, or rather it is matter vibrating at a very high frequency (degree) just as we are spirit vibrating at a low frequency. Like in “Duality” we are two polarities of the same thing.

“God is an infinite circle whose center is everywhere and whose circumference is nowhere.” ~Nicolas of Cusa (philosopher, theologian, astronomer and cardinal of the Catholic Church) 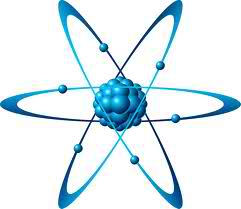 At the center of every solar system there is a sun and a source of light and energy that holds its planets in orbit. Likewise at the center of every atom there is a nucleus holding every particle that belongs to that center of power in orbit. The ethereal substance is an accumulation of subatomic particles protons, neutrons, electrons and particles of light which are called photons. I say photons due to electromagnetism being the force that is transferred with light, which makes the atom. At this (ethereal) subatomic level these particles respond to the electromagnetism generated by our hearts. In ancient Hebrew the word for heart was “lev,” which means the seat of wisdom and emotion. Through emotions and direction from our thoughts and imagination there is nothing we can’t do or accomplish and that also includes miracles. Imagination begins the creative process of the universe and everything that exists was once conceived in the mind of a human being. The connection to a source will bring that thought to fruition.

“Imagination is everything, it is the preview of life’s coming attractions.” ~Albert Einstein (German theoretical physicist and Nobel Prize recipient in physics)

Spirituality might make me seem religious to the atheist and atheist to the religious, but spirituality is the balance between both extremes of duality, between religion and atheism. It is “the middle path” like Buddha has said.

“God has no religion.” ~Gandhi