“Only two defining forces have ever offered to die for you: Jesus Christ and the American Soldier. One died for your soul, the other died for your freedom.” ~Unknown

Now let’s set the record straight, there is no argument over the choice between peace and war, but there is only one guaranteed way you can have peace, and you can have it in the next second. Surrender.

Admittedly there’s a risk at any course we follow other than this, but every lesson of history tells us that the greater risk lies in appeasement, and this is the specter our well-meaning liberal friends refuse to face. That their policy of accommodation, is appeasement. And it gives no choice between peace and war. Only between fight or surrender.

If we continue to accommodate, continue to back and retreat, eventually we have to face the final demand, the ultimatum. And what then? When Nikita Khrushchev has told his people he knows what our answer will be, he has told them that we are retreating under the pressure of the Cold War, and someday when the time comes to deliver the final ultimatum, our surrender will be voluntary. Because by that time, we will have weakened from within spiritually, morally, and economically. He believes this because from our side he’s heard voices pleading for “peace at any price” or “better red than dead,” or as one commentator put it, he would rather “live on his knees than die on his feet.” And therein lies the road to war, because those voices don’t speak for the rest of us. You and I know and do not believe that life is so dear and peace so sweet as to be purchased at the price of chains and slavery. If nothing in life is worth dying for, when did this begin? Just in the face of this enemy? Or should Moses have told the children of Israel to live in slavery under the pharaohs? Should Christ have refused the cross? Should the patriots at Concord Bridge have thrown down their guns and refused to fire the shot heard around the world? The martyrs of history were not fools, and our honored dead who gave their lives to stop the advance of the Nazis didn’t die in vain. Where, then, is the road to peace? Well, it’s a simple answer after all.

You and I have the courage to say to our enemies, “there is a price we will not pay.” There is a point beyond which they must not advance. Winston Churchill said that “the destiny of man is not measured by material computation. When great forces are on the move in the world, we learn we are spirits not animals.” He said, “There is something going on in time and space, and beyond time and space, which, whether we like it or not, spells duty.”

“You and I have a rendezvous with destiny. We will preserve for our children this, the last best hope of man on earth, or we will sentence them to take the last step into a thousand years of darkness.” ~Ronald Reagan 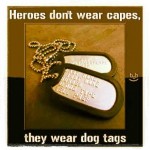 “It is foolish and wrong to mourn the men who died. Rather we should thank God that such men lived.” ~General, George S. Patton

Veterans Day is on November 11th and is a day set aside to honor and thank all American veterans living and dead. It is the day designated to show appreciation for the sacrifices many have made to keep the people of the United States and other countries around the world free. There is an inborn characteristic of the U.S. serviceman and that quality is the selfless desire to serve his country, something that is not commonly found within the common man. 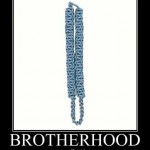 “The true soldier fights not because he hates what is in front of him, but because he loves what is behind him.” ~G.K. Chesterton

This is especially dedicated to the men of the infantry because it is the infantry that is the true force of the U.S. military. The infantry is the tip of the spear, the boots on the ground. It is a brotherhood of men that bleed and sweat together and do what very few are willing or capable of doing, but once on the ground they don’t do it because of hate of the enemy or the love of their country, they do it for the love of the men that is next to him. 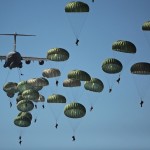 “The soldier above all prays for peace, for it is the soldier who must suffer and bear the deepest wounds and scars of war.” ~General MacArthur

The infantry is the first into battle and the last to leave. They are the ones on the front lines of war, the ones who hold the ground, the ones who go through hell so you don’t have to. War is not a good thing but we don’t create wars. We allow them to happen by not actively creating peace in the world and within our consciousness. Many choose to be ignorant to this fact, but ignorance is not innocence, nor is it bliss. Our own ignorance is the cause of our own misery that the infantryman must endure. The American soldier wants peace but not at the price of freedom, justice or fairness. If we allow when we should act we become martyrs, if we act when we should allow we become tyrants, and it is the soldier that has to balance between the two. It is the true warrior that seeks peace, but is not afraid of a fight to stand for something beyond himself, which is called duty.

“To be a warrior is not a simple matter of wishing to be one. It is rather an endless struggle that will go on to the very last moment of our lives. Nobody is born a warrior, in exactly the same way that nobody is born an average man. We make ourselves into one or the other.” ~Carlos Castaneda

Please watch the inspirational video below.

“Greater love has no one than this, that he lay down his life for his friends.” ~John 15:13