“A great many people think they are thinking when they are merely rearranging their prejudices.” ~William James 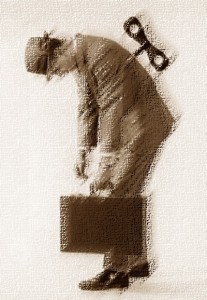 As described by my blog post “Cause And Effect,” there is no such thing as a coincidence. At every moment there is truth that we are here, in this time and this place. As a result of that truth, our consciousness always has a location within time and place and our calendar is the center of that consciousness. We have become slaves to time and most of us are not even aware of this truth. We have become disconnected from the true nature of ourselves and natural time. When the Gregorian calendar (our current calendar) was imposed by Pope Gregory XIII in 1582, began our subtle (at the time) disconnection from nature. This is the calendar where everything throughout the world is bought and sold, likewise we have our scheduled mechanical and rigid holidays such Valentines Day, Independence Day, Halloween, Thanksgiving, Christmas, New Years, etc. Even the scheduled days we are to worship our God or gods by most religions, have become dominated by time. Our consciousness have become directed and conditioned. It has been like this our entire lives and again I say ‘If you were born poor but don’t realize that you are poor, are you poor?’ ‘How do we know what’s out there when we have only been in here?’ ‘Don’t think outside the box think as if there is no box!’ On Twitter we use the hash-tag of #JuevesFilosofico and on days where the  hash-tag is used and the calendar doesn’t say that it is actually Thursday, many reflect the rigid and mechanical way of thinking from the calendar by saying ‘Today is not Thursday!’

“We humans have outsheeped the sheep, because at least the sheep need a sheepdog to keep them in line, humans keep each other in line and they do it by ridiculing or condemning anyone who commits the crime of being different.” ~David Icke

Ignorance is the problem of illusion, and the present reality of distractions is the prison for our minds, which adds to our ego of who we think we are. “The Ego” is really inferior but acts as if if its superior. The ego is based on emptiness which leads to the useless accumilation of materialism in the useless attempt to sedate that emptiness inside, which in turn through materialism we become slaves to the things we think we possess. Our conscious mind is where we think and contain our identity also known as “The Ego.” The conscious mind is creative, it is the world of our five senses, perception, awareness and wakefulness, the subconscious has no identity it only records behaviors and external influences and experiences from our environment. The patterns of belief that we have programmed in our subconscious minds came primarily from our parents, teachers, aunts, uncles, grandparents, etc. Thus when we fear or love we inherently condemn our future generations to our patterns of behaviors through our children. To add more distraction to our impending awakening we are distracted by useless media and television programming as partially mentioned in the previous blog post “Wake Up!” Most are not even aware how easily our subconscious mind is influenced by environment without our conscious awareness, such as television. Approximately 10% of our minds is conscious the other 90% is unconscious behavior programmed throughout our lives, so this brings the question are we living conscious lives or unconscious lives? The only thing we know to be true is what corresponds with what we already believe to be true. Today’s society thinks that we are technologically advanced, they think that they are free and independent. However, when and every time they realize that they are not free and independent but subservient, they beg to be governed, due to their own fear of personal responsibility.

“You have to understand, most people are not ready to be unplugged and many of them are so inert, so hopelessly dependent on the system that they will fight to protect it.” ~Morpheus (The Matrix) 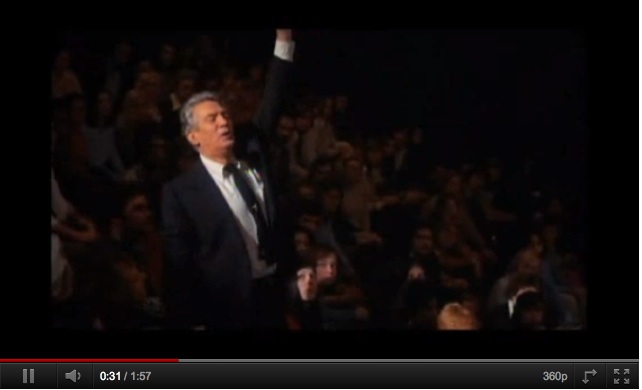 An excerpt from the documentary 'Ungrip'

We have become use to thinking that we have a right to all that we have, no matter what damage we do to the earth or to other people. We have become detached and disconnected from reality, the earth, and the feelings and lives of people elsewhere because it interferes with our right to maintain our lifestyle and standard of living. I would submit to you that we’re on a course, leading to inevitable annihilation. Martin Luther King said,

Everyone comes to a point in life in which we reflect upon those things that matter, there are some who choose to ignore the depth of this question, and there are others who follow this question into oblivion. Is it possible to walk the middle path? To ask these questions yet embrace the possibility of never arriving at an answer? Is it possible to live our lives not in the absence of a corrupt world, but despite of it? If you were asked to ponder what matters most in your life, what would it be? Security? Money? Success? Sex? Power? Have you ever considered why? Why we crave? Do we not have enough? What happens when we have all the money, all the security, all the success, sex and power, yet haven’t found peace? What happens if we gain the world without an ounce of love and appreciation? We end up only wanting more! The world can’t give enough of itself as if humanity is becoming a black hole devouring everything in its path. When we receive these things our first instinct is to protect them from others. We distrust our neighbors because of them. We wage war to gain more of them. However, love is distinct from these. When love is present, our first instinct is to give back, to help those who truly want to be free, those who desire to give back, who desire to know love. But what happens if no one truly wants love anymore? What if no one desired freedom? What if the greatest epidemic known to man has already infected the entire species? The race of humanity conned into believing that slavery is freedom, that fear is love, that suffering is happiness, would you be able to recognize it if it were happening right now? Ask yourself, is it? Is this the world we live in?

There are billions of people wandering around on this globe with perspective, scope, belief, dogma, morals, fears, desires, and hidden agendas. It’s difficult to comprehend exactly what drives each of them? When looking at the surface of this unique condition the planet is in due to only one species. It may seem as if we are not truly interested in freedom anymore. Maybe we are not truly working toward growth, prosperity and peace. Again it’s difficult to pinpoint why we are a species of perpetual war and perpetual deceit mashed by perpetual heroism and perpetual compassion. There is no one answer to explain it all, and yet even if there were, it wouldn’t be the intellectual answer we desperately want it to be. The most we can do as individuals is to begin acting like individuals instead of acting like machines on auto pilot from some primal program set in motion millions of years ago. What would this planet look like if we took back the one power we consistently give away CHOICE? There is always a choice, good, bad, indifferent, there is always a choice, love, fear, growth, decay, life and death, there is always a choice, and the picture perfect ending or eternal struggle is but a consequence of the direction we choose to travel from here.

“Your freedom begins when you realize it’s a choice.” ~Pepe Aguilar

Yes, I’m talking about a non-violent revolution of consciousness. A consciousness that is able to understand how we’re are all inextricably connected to each other, and to the Earth itself, and if we violate these fundamental principles we do so at our own peril. Yes we can continue to live in this delusion and the denials of reality because it’s painful, it’s frightening, sometimes it’s terrifying. It’s terrifying to face the truth, so I ask each of you to search your hearts, to what your truth is. To become a citizen of the Earth promoting justice as a foundation for peace, is not going to happen magically, and I think it’s not going to happen by relying on current political structures and institutions. I think we’re going to have to wage peace in the most extraordinary ways, whether our government wants it or not. You will know in your heart what to do, but I know that that without a non-violent revolution of consciousness we will not survive as a civilization or as a planet. We can choose to have peace if we want to pay the price, and what more, glorious goal and value do want than peace for all people. So I look forward to working together with you all, with we the people, to build a new society, a society that understands that we are not worth more, and they are not worth less and that we will be willing to pay the price and take the risks to wage peace with a fellow and sister human beings.

“People demand freedom of speech to make up for the freedom of thought which they avoid.” ~Soren Kierkegaard

Special thanks to Kute Blackson (www.KuteBlackson.com) for the use of his video in this blog post.