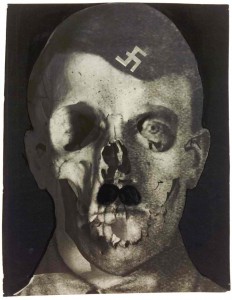 “The only real danger that exist is man himself, he is the great danger and we are pitifully unaware of it, we are the origin of all common evil.” ~Carl Gustav Jung

“The only thing necessary for the triumph of evil is that good men do nothing.”

I suggest a similar view to Edmund Burke’s idea, the difference is not by opposition but by the acceptance and embracing of evil, because evil thrives on opposition. As long as we oppose or avoid evil it is all that is necessary for the indirect stimulation of evil itself, evil needs the illusion of separation so it doesn’t care if you avoid or oppose because avoidance and opposition is what it needs for its survival. Do not misunderstand embracing evil by becoming evil, but understand it as neutralizing evil by becoming immune to it and we only become immune by exposure rather than avoidance or opposition. That is the main reason that many people fail to look within themselves because they fear that they will see true evil or ignorance within. If you have not learned to love even what is evil, you have not yet learned to truly love. Because love is the only force capable of embracing what we call evil. We all have darkness within us. We have to acknowledge the darkness first, then we learn to control it with the light of our awareness. It is the evil/ignorance within you that makes you avoid or oppose evil. If you had no evil/ignorance , you would not be susceptible to it. Many do not have the will power to control the evil that is within nor the will power to not be influenced by it. Therefore, many prefer to avoid or oppose and falsely call themselves ‘good.’ They only choose to polarize themselves and talk poetically about how beautiful and wonderful things are. Not only do they lie to others, but most importantly they lie to themselves. This is a repression of the psyche, they disguise themselves as good to consciously or unconsciously deceive others like a wolf dressing in sheep clothing. 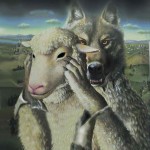 “No evil can happen to a good man, either in life or after death.” ~Plato

People polarize themselves by trying to oppose or avoid evil and many ignorantly say, “I surround myself with positive circumstances or people.” These are the people that are less likely to cope when something negative or evil does come into their lives. With their avoidance or opposition they become victims and uselessly attempt to justify their words or actions and say, “you made me do this, you make me feel like this or like that.” They ignorantly accept the negative influence because it is within them and they have not learned to become immune to evil. Not understanding evil or a negative influence is like placing something disgusting in front of you and eating it, then blaming whoever placed the influence in front of you. For your eating disorder? That is insanity! This is lack of control and responsibility of the self. Many will avoid or oppose because if they are exposed to a negative influence they unconsciously recognize their susceptibility to the negative influence and fear of falling into the temptation of evil and consumption of their own disorder. Suppression of a natural function such as biological, emotional, spiritual, good or evil will result as a disease and imbalance of the psyche, then the disease is reflected to the collective unconscious, which is the result of the current epidemic of the human consciousness.

“The only good is knowledge and the only evil is ignorance.” ~Socrates

Even though evil may dwell within us, I believe there is no such thing as an evil person on earth. Ignorant yes, but not evil. In the eyes of religion man was born a sinner. In the eyes of truth, man is not a sinner. Man was born ignorant. Perhaps this may be what Jesus meant when he said as he was nailed to the cross,

People like Adolph Hitler, Osama Bin Laden, or any other tyrant that has walked on this earth, were not separate from us. They were only a result of our collective consciousness. Ultimate ignorance is believing that you are separate from others even from the worst person that this planet has ever seen, as well as, believing that you and others are separate from the unified field and from each other. These tyrants in their own selfish ignorance were only doing the best they could with what they knew. The only evil that truly exist is ignorance.

“In the eyes of love, all people are doing the best they can from their own levels of consciousness.” ~Deepak Chopra

“In religion, the ego manifests as the devil and of course no one realizes how smart the ego is because it created the devil so you can blame someone else.” ~Deepak Chopra