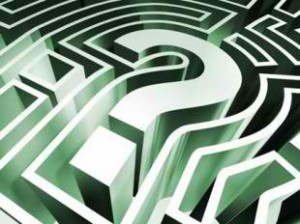 I cannot imagine how the clockwork of the universe can exist without a clockmaker. ~ Voltaire

The paradox between Freewill and Destiny seem to be separate from each other however like in “Duality,” one cannot exist without the other. We know freewill exists because we experience it through every choice we’ve made or make. The question is did we really make a choice? Or was it predetermined by our destiny? Since destiny implies that we do not have a choice, is freewill just another illusion of what we call life? In destiny we cannot be held responsible for mistakes we supposedly made because they were predetermined through “Cause and Effect,” ever since the beginning of the big bang of our universe.

“Life is like a game of cards. The hand you are dealt is determinism; the way you play it is freewill.” ~Jawaharlal Nehru

To understand destiny one must understand destiny at the macrocosmic level of our universe so we can attempt to understand destiny at our own personal microcosmic level. Freewill is like understanding chaos. Since every choice we make results like an unpredictable ripple effect of “The Butterfly Effect,” “Cause and Effect” and “Chaos Theory,” there is no such thing as a result of order within freewill. Order will only be found within destiny. Everything in the universe has an order and that order is also known as destiny. Take for instance, it is our destiny that the sun will rise at a particular appointed time in space, our known universe has become cyclical in its own nature. Just as our sun will rise to conjunct for the first time in 26,000 years at the intersection of our galactic ecliptic and our Milky Way galaxy the sun will align with earth and the black hole at the center of our galaxy on December 21st 2012. Since the beginning of the paradox of the big bang, science has suggested that everything exploded out and that our universe is expanding and speeding away. An example is a shattered vase exploding in slow motion into incalculable different pieces which is like “Chaos Theory.” The reverse of that is when “Chaos Theory” begins ordered and flows into chaotic motion. Our universe began chaotic and then came to pass into an ordered cyclical pattern and motion.

However, our universe before all space in time began ordered as a wholeness, as one, about the size of a mustard seed. Like a whole vase of nothingness before space and time and soon after the mustard seed exploded into what we call the big bang, our universe began its chaotic motion. However, order and destiny is not found until the pieces have settled and can be measured accordingly. It is only at the immeasurable outer reaches of space where chaos is still found. Just as the pieces of the shattered vase, our universe continues to expand and the pieces of the universe continue to find there place within space and time. The paradox of the big bang is that if our universe is infinite in its own nature, then that implies that there never was a beginning or an end. Only through the universal law of rhythm can the paradox of the big bang be reconciled. Just as a heart beats is an example of rhythm, just as we inhale, we exhale, what goes up, must come down. As there is night, there must be day, as there is low tide, there is high tide, the pendulum swing to the left must also be equal to the swing to the right, rhythm moves between the two poles of “Duality.” Therefore, if our universe exploded it must implode and then re-explode and then re-implode. Infinitely, this is how the paradox of the big bang and our infinite universe is reconciled, as partially shown in “All Will Arrive.” God’s freewill is our destiny and our destiny is freewill.

“In the beginning, God created the heavens and the earth. The earth was without form, and void; and darkness was on the face of the deep. and the Spirit of God was hovering over the face of the waters.

Then God said “Let there be light”; and there was light. And God saw the light, that it was good; and God divided the light from the darkness. God called the light Day, and the darkness he called Night.” ~Genesis 1-5

The pioneering scientist Benjamin Libet, in the field of human consciousness, performed an experiment where the test subjects (people) were recorded acting volitionally (in freewill) half a second after the electrical signal was registered within the brain. Free voluntary acts are found to be initiated unconsciously before an awareness of wanting to act. However, this can be seen as a half a second prediction of the future or proof that freewill is just a figment of our imaginations and that we are merely acting in response to the predetermined electrical signal interpreted by our brains.

Predestination: “I knew you had to.” ~Toba Beta

Sometimes life forces us to make decisions we normally would not make, life forces us into our own destiny through our own freewill. With that said, difficulties in life are merely a sign that we are refusing to accept what we require, or refusing to let go of what we no longer need. Understanding this concept is the example of true surrender of our own freewill to our destiny as mentioned in “Wake Up III” ‘Wisdom and enlightenment are never achieved by taking and resisting, but through surrendering and allowing. Allowing is not an easy thing to do for most of us, as it implies to lose control of our freewill. Life is a balance of allowing and action, and finding the rhythm between the two. If we allow when we should act, we will fail. Likewise if we act when we should allow we will fail. It is the learning to balance between the paradox of destiny and freewill when we will succeed.’ The greatest gift that we can ever give to God is to surrender to God. The greatest gift that God has given us, is our freewill, our power to make “Choices.” What I mean ‘to surrender to God is not a fictitious entity that exist as being separate from us but to surrender to the things that have been placed before us to be conquered within.’ Resisting signifies our denial to our own destiny, our own creation, surrendering signifies we are finally listening to our true selves, to our destiny, instead of some fictitcious beliefs we have adapted from someone else, society or our own “Ego” to choose to surrender is still a choice, or is it?? Click here to watch a video about ‘The Ego’

“You can’t change the past. You can’t even change the future, in the sense that you can only change the present one moment at a time, stubbornly, until the future unwinds itself into the stories of our lives.” ~Larry Wall

Check out the video below about Freewill.