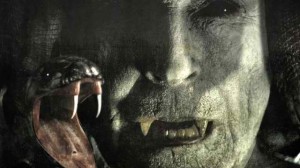 “Everyone is a devil of his own hell.” ~Pepe Aguilar

The duality of good and evil is formed by the moral views of society and society is nothing more than a meme, unconsciously mimicking the previous mythological ideas of evil. I say unconsciously because evil is a cultural element of humanity that has been transmitted by repetition, comparable to the biological transmission of genes. Everything that we perceive as evil is based on the mythology of evil.

We are a society of perpetual children who believe in the folklore of the existence of evil in the form of devilish apparitions, as something which is opposed to God. If God created mankind in his or her image, we have therefore created the devil in our image. This is how we go full circle through the paradox of good and the mythology of evil, and it is a perfect example of how the mythology of the anthropomorphized (human form) image of the metaphorical devil is created and passed down from generation through generation, like a non-genetic and innate trait within man. When you believe that you are good, you are automatically in duality and in opposition because of the fear of evil. Through opposition we create conflict, and all conflict comes from the lack of understanding or love, which is the result of ignorance and fear.

“If the devil does not exist, and man has therefore created him, he has created him in his own image and likeness.” ~Fyodor Dostoyevsky

What causes us to perceive something as evil? If a lion kills a man, is the lion evil? If a natural disaster such as a hurricane or earthquake kills hundreds or thousands, is that evil? Many will probably say no. But if one man kills another man, we will label the murderer as an evil man. But it is only man that is capable of committing the most horrifying crime to the most beautiful display of love and compassion, which is something that a lion, hurricane or earthquake cannot understand. The mythology of evil is a construction of the dualistic human mind, it’s the sadistic nature of the human mind that makes us differentiate between a natural disaster or a lion to the behavior of a sadistic man. However, the collective consciousness of the human sentient minds is what is responsible for all the disasters, all the pain, all the suffering, all the hatred, and all the ignorance. It is only something that is within in us that causes us to see something outside of us as evil, because everything that is without us, must also be within us. If we cannot dive into ourselves because of the fear of evil, how will you ever truly know who you are? Heaven and hell is within us and life is simply the conflict between the metaphorical heaven and hell with each other. 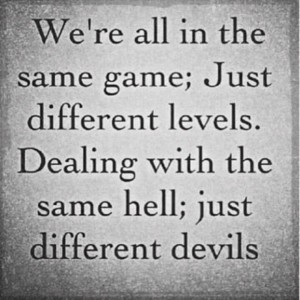 “I say that even as the holy and the righteous cannot rise beyond the highest which is in each of you, so the wicked and the weak cannot fall lower than the lowest which is in you also.” ~ Kahlil Gibran