The Story of Our Enslavement ~ Interlude 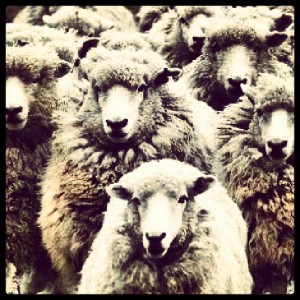 “We humans have out-sheeped the sheep, because at least the sheep need a sheepdog to keep them in line, humans keep each other in line and they do it by ridiculing or condemning anyone who commits the crime of being different.” ~David Icke

(Continued from… The Story of Our Enslavement)

How did we become slaves without being aware of our own subjugation? We became slaves through our own evolution of consciousness when we forgot the laws of nature and lost the sense of the only reality that exists. The reality which is now, and not in the future or in the memory of a past. The mind of an animal does not think of a future or a past, but only experiences, all possibilities in the now. For example, you cannot threaten a hen with death to produce more eggs, but you can threaten a man with death to give you his eggs. It is here where we became slaves with the fear of our own future. The video below draws significant parallels between slavery, the ownership of livestock and human farming. Here we begin to see the nature of the cage that we were born in. In the meantime, open your minds.

“Man is born free, and everywhere he is in chains. One man thinks himself the master of others, but remains more of a slave than they are.” ~ Jean-Jacques Rousseau