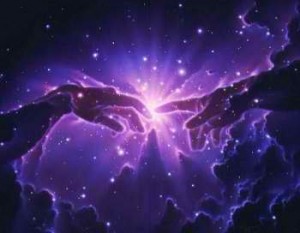 There is approximately 7,000,000,000 people on earth and each of us only holds ONE point if view, one perception of reality! So how much do we really know or understand? From the microcosm to the macrocosm, there is a pattern that repeats throughout the universe due to its own fractal and infinite nature. From the moment of conception of any sentient being, conception sets in motion a microcosmic big bang duplicating the macrocosmic big bang of a universe. We are on the verge of the awakening of humanity, and the birth of a new humanity. But just like in birth, where we first evolve within the womb of the mother and then as we near partition from the safety of the womb we must experience labor pains, we will see the pains throughout our planet. They will become more frequent and more intense, as the moment of birth nears, labor contractions can be timed and become more frequent. So can the pains of humanity’s birth be timed with the Fibonacci spiral as mentioned in “The Golden Ratio“? ‘The human psyche is what speeds up in accordance to the Golden Ratio. Albert Einstein’s theory of relativity does define space as being curved and through inductive reasoning time itself must also follow the kinetic shape of the golden ratio spiral. As we near the fear based propaganda of “the end of the world,” every epoch from the past will resonate with future epochs in time. Thus, showing the compression of events (labor pains) throughout the world in a smaller time table describing the speeding of the human psyche. Consequently, the physics definition of ‘epoch’ is the displacement from zero to zero time of a body (body meaning psyche or universe) undergoing simple harmonic motion and change. As Jesus once said,

“Watch out that no one deceives you. For many will come in my name, claiming, “I am the Christ,” and will deceive many. You will hear of wars and rumors of wars, but see to it that you are not alarmed. Such things must happen, but the end is still to come. Nation will rise against nation, and kingdom against kingdom. There will be famines and earthquakes in various places. All these are the beginning of birth pains.” ~Matthew 24:4-8

Every individual is his or her own microcosmic universe within a macrocosmic universe and both obeying the same laws of our creator within itself. To understand the microcosm is to understand the macrocosm, as above so below, as below so above, as within so without, as without so within. As mentioned in “Freewill and Destiny,” ‘It is only at the immeasurable outer reaches of space where chaos is still found. Just as the pieces of a shattered vase, our universe continues to expand and the pieces of the universe continue to find there place within space and time.’ Likewise we do the same in every moment of our lives, we are at the leading edge of creation itself, like an expanding universe we continue to expand and the pieces of our lives continue to find there place within space and time. “Karma” and reincarnation can also be explained in the blog post “Freewill and Destiny,” ‘If our universe exploded it must implode and then re-explode and then re-implode. Infinitely, this is how the paradox of the big bang (and reincarnation) and our infinite universe is reconciled.’ Thus describing our own infiniteness. For example when a star like our sun is extinguished it implodes into itself. Likewise the light within each of us is the same as the light of a sun, in the moment of the illusion of death the light of our being implodes back into the soul.

“To see a world in a grain of sand, and a heaven in a wild flower. Hold infinity in the palm of your hand, and eternity in an hour.” ~William Blake

“I discovered the secret of the sea in meditation upon a dew drop.” ~Kahlil Gibran