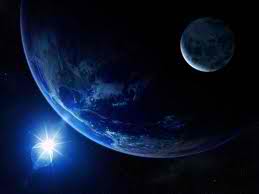 “Oneness is the law of nature, what we do to others, we do to ourselves.” ~ Jonathan H. Ellerby

(Continued from… “Evolution of Consciousness“)

The next question arises, where are we going with this? Where is this taking us? One of the dominant trends of evolution is the linking of small units into larger units. It is seen as an example in the atom, the linking of protons, neutrons, and electrons, to the linking of combinations of atoms into combinations of molecules found in minerals and the elements, and then the spark of life. From molecules into cells and DNA, such as plant and animal life, the next stage of evolution has already begun known as civilization and societies throughout the world. Now as we have linked at the physical level, we are beginning to link regardless of distance as a result of telecommunication and the internet. Especially now with technologies advancements we are beginning to exchange information with each other regardless of physical distance. This is the next phase of evolution, the linking of mind to mind. In theory, the interesting parallel is that it took approximately 7,000,000,000 atoms to create the molecule, and approximately 7,000,000,000 nerve cells to create the human brain and the characteristic of humanity. Consequently, there is approximately 7,000,000,000 people on earth, and through the process of inductive reasoning it is the next phase of evolution, which is consciousness into global evolution of consciousness. Again, there is a parallel between the development of societies and civilization and the human embryo, as shown in the video of 7,000,000,000. Click here to see video.

In a world of “Duality,” the other side of this concept is the negative effect. Most of humanity seems like a global cancer living off each other at the expense of others and planet earth, much like cancerous cells behave in the body living off the healthy cells at the expense of the body. Consequently, every cell in our body contains thousands of genes which tell the cells what to do, when to divide and even when to die. When a cancerous cell no longer understands its instructions it becomes selfish and it may start to multiply out of control, which can lead to what we call cancer. Likewise when humanity does not understand the law of nature, we too become like a selfish cancer on our planet failing to understand our lives purpose and why we are here, living only for the self, at the expense of others and our environment. This is like a cancer of our consciousness. The question is, what if the greatest epidemic known to man has already infected our entire species? As the philosopher and theologian Alan Watts called it “The skin encapsulated ego” Click here to understand your ego. “The skin encapsulated ego” means falsely believing that anything beyond the skin is automatically defined as ‘NOT ME.’

“The old appeals to racial, sexual, and religious chauvinism and to rabid nationalist fervor are beginning not to work. A new consciousness is developing which sees the earth as a single organism and recognizes that an organism at war with itself is doomed. We are one planet.” ~Carl Sagan

Perhaps in theory, on December 21st, 2012 when we align with the radiation from galactic center as described in the blog post “Vibration II,” we will be cleansed like a cancerous disease from the face of the earth like cancer is annihilated from the body with radiation therapy. Or perhaps the cleansing may come from a subtler and simpler approach, the last frontier, the leading edge of our evolution of consciousness, THE HUMAN MIND and a shift in consciousness from within. The pattern of the evolution of consciousness has been set from the atom, to the molecule, to the cell, from biological evolution, to human evolution of consciousness. Humanity is the universe’s way of coming into its own objective. Awareness of itself, from the beginning, through evolution of the mineral world, to the sentient being, to the human mind. Although this is not a new concept either. There have been those who have already discovered this world that is new to us, such as, Jesus, Buddha, Mohamed and Krishna. This is similar to Plato and Aristotle saying that the world was round before Galileo and Columbus actually discovered the truth. People falsely believed that the world was flat, but later Galileo and Columbus discovered the truth, which was always there. Likewise we are on the leading edge of uncharted territory where as said before, the human mind is the last frontier, it is a choice and it is ours to make and as more people make the choice like the “100th Monkey Effect.” The world will begin to change because of reality being a fractal in its own nature and when enough of us decide to travel into uncharted territory discovery will consist of seeing what everyone has seen, but doing what nobody has done, then and only then the world will change in the twinkling of an eye. Then we will see as a species that heaven has always been here on earth.

“In a flash, in the twinkling of an eye, at the last trumpet, for the trumpet will sound, and the dead will be raised imperishable, and we shall be changed.” ~Corinthians 15:52