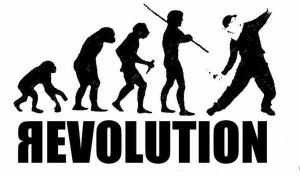 Throughout the existence of civilization oppression has been a shadow that follows man. That shadow of oppression has also created those who will oppose it. Metaphorically speaking, the only two ways to remove a shadow is by the increase of light or the increase of darkness. And currently we live in a reality of predominant darkness. Throughout the ages revolution has existed for the purpose of our evolution as a society, but it has also existed as a way to exchange one form of darkness for another.

“I’m not interested in preserving the status quo, I want to overthrow it.” ~Machiavelli

The excessive greed of shadow societies is what is ignorantly leading them to their own extinction through the pain and suffering of innocent people. Ironically, it is through loss that a man truly becomes free. A man who has nothing left to loose becomes empowered. It is through the present state of affairs of greed, corruption, coercion, manipulation, enslavement, hate and intolerance and fear of evolution, that is pushing humanity to our awakening. As said before, whether this awakening is through peaceful means or violent revolution, it does not matter. However, fear being the opposite of love is also inherently attached to those who find the need to oppose as well as those who lack courage and choose sit back and do nothing.

“Courage is not the absence of fear, but rather the judgement that something else is more important than fear.” ~Ambrose Redmoon

A revolution of sheeple must be a balance between fear and love.

“An army of sheep led by a lion is better than an army of lions led by a sheep.” ~Alexander the Great