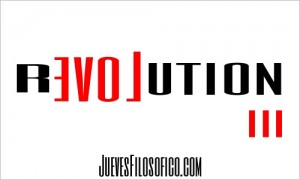 “The revolution is not an apple that falls when it is ripe. You have to make it fall.” ~Che Guevara

There is a shadow society that controls and manipulates the world, this elusive society is known as the Illuminati. It exists like a ghost, it is there but you cannot see it. It is around you like a deception. It is difficult to recognize because the deception is what we have known as the truth.

“Those who are able to see beyond the shadows and lies of their culture will never be understood, let alone believed by the masses.” ~Plato

There are those who say you can’t beat the system and in a sense they are right. It is this belief that produces tyrants and oppression within the machine, but those people have also failed to realize that this machine can and will be torn down from within. This is not a physical revolution but a revolution of consciousness that can only be led with love and understanding. The collective consciousness of the masses has been manipulated for the creation and the greed of the few. The few within the Illuminati understand the matrix and nature of reality and use deception and distraction to keep the masses from awakening to the truth that can only be found within you. When the masses have finally awaken, we will have our apocalypse. Not an apocalypse as falsely understood by many as the end of the world. The word apocalypse is derived from the greek word ‘apocalypsis,’ which means to reveal, lifting of the veil, remove the blindfold or as known in the bible as Revelations. This truth is the same in me as it is in you, as it was within Jesus, Buddha and Muhammad. When they say that Jesus died on the cross for your soul, Jesus died awakening the masses to your soul, to bring people to the realization that God is found within you.

“The most important kind of freedom is to be what you really are. You trade in your reality for a role. You trade in your sense for an act. You give up your ability to feel, and in exchange you put on a mask. There can’t be any large-scale revolution until there’s a personal revolution, on an individual level. It’s got to happen inside first.” ~Jim Morrison