The Paradox of Our Age 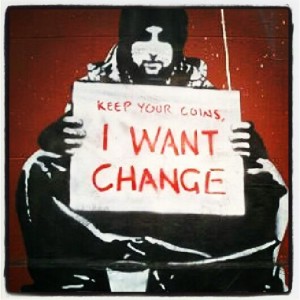 “We have bigger houses, but smaller families.

We have more degrees, but less common sense.

We’ve been all the way to the moon and back, but have trouble crossing the street to meet the new neighbor.

We built more computers to hold more information to produce more copies than ever, but have less communication.

We have become long on quantity, but short on quality.

These are times of fast foods but slow digestion.

It’s a time when there is much in the window, but nothing in the room.” ~Dalai Lama

We live in an age of a paradoxical reality, in which we believe that slavery is freedom. We want freedom and no responsibilities, you cannot have one without the other. We live in a reality in which we wage war for peace. We live in a society that believes that punishment is justice, when punishment is justice for the unjust. We confuse fear for love, and we confuse love with emotional attachments. However, love is distinct from these. When love is present, our first instinct is to give back, to help those who truly want to be free, those who desire to give back, who desire to know love. This is explained in the blog post ‘The Story of Our Enslavement II.’ We also believe that we posses things, but don’t realize that those things posses us. We create our own beliefs, then blame others for our own creation. People hate lies, but they love the ego. And as Oscar Wilde once said,

“Nowadays people know the price of everything and the value of nothing.”

The words in the video below by Charlie Chaplin were beyond the cognition of his time and ours, but describe a reality in which we are headed. Wake up.