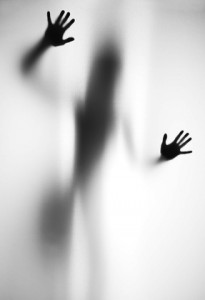 “Many people suffer from the fear of finding oneself alone, and so they don’t find themselves at all.” ~Rollo May

Who are you? What defines you? Is it your ideas? Your possessions? Your career? Are you defined by your surroundings or the people in your life? Are you your name or your ego? The fact is that none of these things would exist without the real you, the real you which is the being that is within you, that is aware of itself, but somehow many are not aware of it. Many have forgotten what the true self is and lost awareness of the true self through unconscious accepted influences from family and society. Are you the true self or the shadow self? The shadow self is also known as the ego. Would you recognize it if you see it within you? And if you did recognize the higher and lower self would you know what to do with it? If you only believe in the true self, this may also be a trick from the shadow that is within you. If you believe that the higher self must shine through and that the shadow does not exist, this within itself gives validity to the shadow within you. In short, when you believe that you are only good and positive, that does not mean that you’re good and positive. It only means that you haven’t identified the shadow within you and if you have, you haven’t had the courage to face the false you and much less the courage to understand it In this case, understand means love. This way of split positive thinking only provokes the problems we see on earth. Split positive thinking is the example of when the wrong man uses the right means in the wrong way. How can you ever do what is right, when you can’t even recognize what is wrong? Just like many can’t even face the darkness that is within themselves? As Meister Eckhart said,

“It is in the darkness that one finds the light.”

If you falsely believe that we must fight and rid ourselves of the shadow within us, we will have engaged in an interior conflict which will never be resolved. This is the example of neurosis. The true higher self is within you, you either know it or you don’t! If you knew how to choose, you wouldn’t have to. If you do happen to know your true inner you, the shadow will cease to be a problem, it will reveal itself for what it is, ‘a shadow’ and you don’t go around chasing your own shadow or try to hit it with a stick or control it with a leash. You simply walk through it or over it like a mirage but you understand that it will always be there with you. The path to enlightenment is a lonely one, you don’t do it in churches, in groups, religions or relationships, you only do it alone in relationship with yourself.

“In the end everyone stands alone, and the important thing is who it is that stands alone.” ~Arthur Schopenhauer