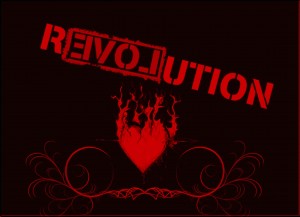 “When the power of love overcomes the love of power, the world will know peace.” ~Jimi Hendrix

Racism, sexism, slavery and speciesism, only describe the level of human ignorance. Unscrupulous treatment happens when a person acts on the illusion of a powerful relationship and treats the less powerful as if they are mere objects. Those who think they have power, exploit those who lack it, and only govern by fear. Fear is not power. It is actually just an illusion. It is just like a shadow because a shadow has no substance. A shadow is just the absence of light.

“An honest man can feel no pleasure in the exercise of power over his fellow citizen.” ~Thomas Jefferson

Peace on earth will not come, until humanity makes the internal decision to change. This change can be a peaceful shift in consciousness but it may also be a violent revolution unveiling our level of ignorance. You have to ask yourself internally, what do you want? What kind of world do you want for your children? Perhaps we might need a shift in consciousness like the 100th monkey effect phenomenon, in which a certain percentage of our species will awaken to a new reality that will cause a shockwave of unconditional love and understanding. It will be an understanding that is only recognized by those who have already evolved. The next phase of human evolution is the linking of mind to mind. The shift in consciousness of the 100th monkey effect is seen in a subtle form throughout societies, which is known as a meme. A meme is a cultural behavior that is transmitted by non-biological means. It is transmitted in the form of repetition and is very similar to the transmission of genes. It then becomes an innate ability of new offspring, hence describing our evolution of consciousness through the revolution of love. Imagine when humanity understands that love is understanding and understanding is love.

“Everyone knows that peace has to begin with oneself, but not many people know how to do it. ~Thich Nhat Hanh

To continue this idea, listen to the lyrics of “Where is the Love?” by the Black Eyed Peas. Enjoy!